The Hunt for Napoleon

I was commissioned to create a game for the “Nelson’s Norfolk” exhibition that has been running in The Forum, Norwich throughout August. “The Hunt for Napoleon” is a first-person adventure set during the Battle of the Nile, in which players explore a ship and read the text of letters written by Nelson as he pursued the French fleet around the Mediterranean Ocean, revealing the British Admiral’s increasing frustration.

It’s always very exciting to see members of the public playing something you created (and occasionally, finding the bugs you didn’t spot!).

The game was created in Unity using a modified UFPS character controller for character movement. The main ship model was based on the “Sea Queen” asset by Mr Necturus. The text of the letters was taken from the archives of the War Times Journal. Everything else (including level design, scripting, shaders, GUI, music and SFX…) was created by me. 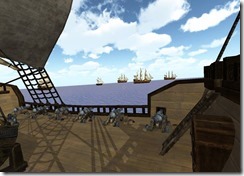 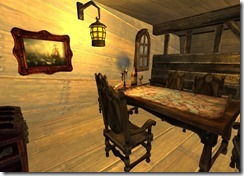 I’m planning to write some followup posts about particular interesting challenges in creating a game for public display. There’s been lots of positive feedback, so I’m hoping to create further games for public exhibitions in the future (and hopefully learn from some of my own findings this time!).