Video footage of the two finalists in the recent 2015 “Nintendo World Championship” competing in speedruns of customised Super Mario Bros levels has generated some excitement for the upcoming “Mario Maker” game.

It’s quite fun to watch the competitors react to the unexpected level features, and some thought has gone into their entertaining, challenging design, but I struggled to find anything new here: fan-made games have allowed you to customise Mario games for some time now, not just with new maps, but with completely novel gameplay features.

Super Mario Crossover, for example, lets you play through all the Super Mario Bros levels as classic Nintendo characters including Link, Samus Aran, Simon Belmont, and Megaman. And these aren’t just skins slapped in place of Mario– each character recreates their own unique skills and mechanics from their original games – Samus can roll into a ball and lay bombs to blow up Goombas, for example. 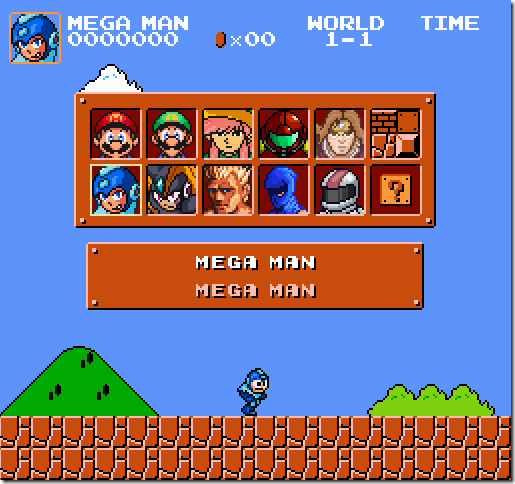 Then there’s the brilliant Mari0, which combines Mario with Portal mechanics:

I even recently created my own Mario mod, “Super Mario Team”, which turns Super Mario Bros into a co-operative local multiplayer game that can be played by up to 8 players: 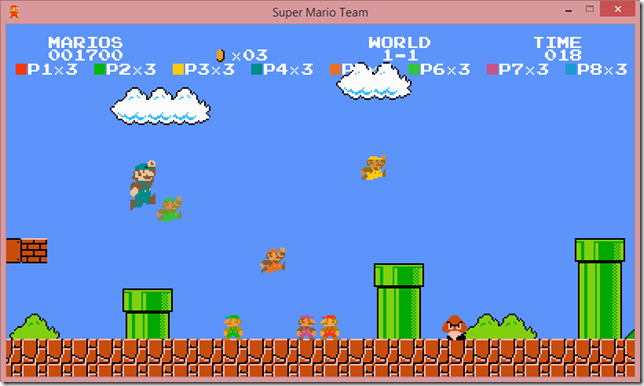 My worry is that, with Nintendo now seeking to monetise the modding of Mario through the “Mario Maker” product on Wii U, it seems likely that they will want to close down a lot of these fan-made projects that offer the same (or greater) functionality for free. Nintendo are notoriously protective of their IP, and only a few months ago sent a cease and desist request to the student-made “Super Mario 64 HD”, so if you want to play any of these unofficial Mario games I suggest you do so quickly!

This entry was posted in Game Dev and tagged Mario, Mod, Nintendo. Bookmark the permalink.